This drug is used to treat social depression, ambulance fear of the future, case precariety, anthropological distress, lack of opportunities, communicational totalitarianism, scarcity of freedoms and intolerant social ecosystems. Compared to other drugs acting on the same areas, REFF AR Drug is designed with accessibility in mind and as an enabler of the spontaneous generation of forms of expression and of collaborative practices.

REFF AR Drug is also used (off-label) to treat numerous other conditions such as the UFPS (Uncertainty for the Future of Publishing Syndrome), and the LDSBMS (Lack of Decent Sustainable Business Models Syndrome).”

REFF AR Drug is presented as a box of medicine. Each box contains:

– a handmade packaging
– an information sheet describing the effects of the drug and the ways to use it
– 33 different designer AR drugs, created by artists, architects, hackers, activists worldwide
– the links to the open source software tools that can be used to create your own drug

Lunched in London as a part f the exhibit “REFF. Remix the world! Reinvent Reality” (25th February – 26th March 2011, Furtherfueld Gallery), the Drug is a central part of the “REFF AR Youth Program”, an intensive program in Education & Learning involving dedicated to universities and student movements to ensure the immediate distribution of the product to young generations.

REFF AR Drug first appeared in January 2011 in Rome, during an action of shopdropping with the famous artist Patrick Lichty. 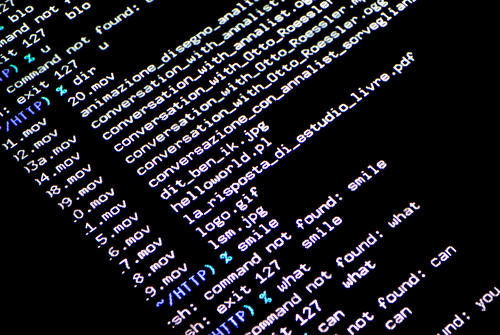 REMIXine
The REMIXine compound is an innovative molecule and it is a fundamental ingredient of all our drugs. The molecule powerfully reacts with other ones, allergist
disconnecting their predetermined bonds and allowing the core elements of other compounds to reassemble, forming entirely new ones, in complete freedom. REMIXine is known to augment the total entropy of systems, and it is a known stimulator of creative processes and on the systematic creation of insights on the world.

REALITene
REALITene is a very unstable compound. Its complex molecule self-arranges into virtually infinite configurations. Furthermore, different patients have been known to react to different molecule configurations at different times in their clinical life. All these factors make REALITene a compound that is really hard to manage. Our drugs confront with this problem in a radical way: REALITene’s configuration is not determined in the lab, but is left to the shaping processes enacted by the patient and its surrounding context.

REINVENTum
REINVENTum compound collaborate with the other molecules found in our drugs to reassemble components into new forms once their bonds have been disassembled. REINVENTum has drastic effects on the equilibrium of neural ecosystems, as it is able to effectively activate the neurotransmitters which control human forms of expression: this action has profound impacts on the areas of the brain that engage language and memory, allowing the rapid formation of entire networks of new symbols.
REFF is a fake cultural institution enacting real policies for arts, cure creativity and freedoms of expression all over the world.

REFF was born in Italy in 2008. Since then it continuously operated using fake, information pills
remix, reinvention, recontextualization, plagiarism and reenactment as tools for the systematic reinvention of reality.